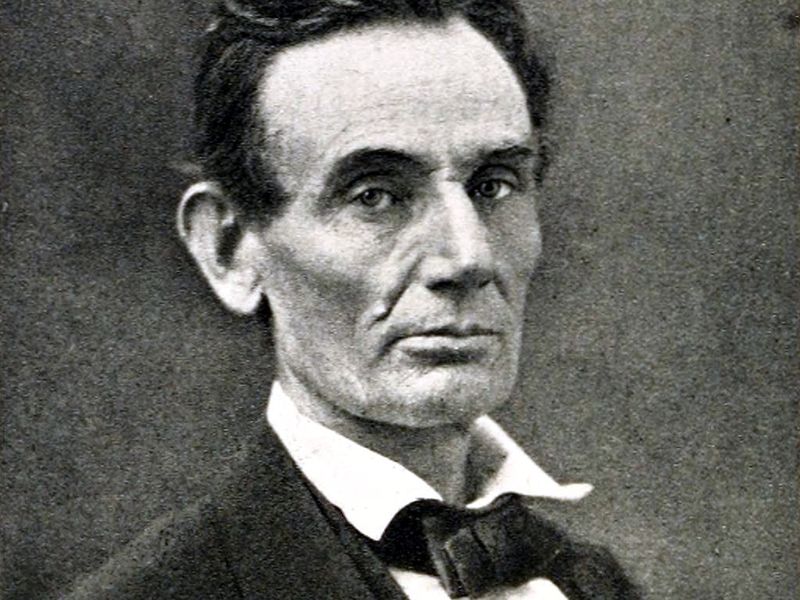 “With a soldier the flag is paramount . . . I know the struggle with my conscience during the Mexican War. I have never altogether forgiven myself for going into that. I had very strong opinions on the subject. I do not think there was ever a more wicked war than that waged by the United States on Mexico. I thought so at the time, when I was a youngster, only I had not moral courage enough to resign. I had taken an oath to serve eight years, unless sooner discharged, and I considered my supreme duty was to my flag. I had a horror of the Mexican War, and I have always believed that it was on our part most unjust. The wickedness was not in the way our soldiers conducted it, but in the conduct of our government in declaring war. The troops behaved well in Mexico, and the government acted handsomely about the peace. We had no claim on Mexico. Texas had no claim beyond the Nueces River, and yet we pushed on to the Rio Grande and crossed it. I am always ashamed of my country when I think of that invasion.”

“In other words, when a sixth of the population of a nation which has undertaken to be the refuge of liberty are slaves, and a whole country [Mexico] is unjustly overrun and conquered by a foreign [US] army, and subjected to military law, I think that it is not too soon for honest men to rebel and revolutionize.”

“Whereas the President of the United States, in his message of May 11, 1846, has declared that “the Mexican Government not only refused to receive him, [the envoy of the United States,] or listen to his propositions, but, after a long-continued series of menaces, has at last invaded our territory and shed the blood of our fellow-citizens on our own soil:” And again, in his message of December 8, 1846, that “we had ample cause of war against Mexico long before the breaking out of hostilities; but even then we forbore to take redress into our own hands until Mexico herself became the aggressor, by invading our soil in hostile array, and shedding the blood of our citizens:” And yet again, in his message of December 7, 1847, that “the Mexican Government refused even to hear the terms of adjustment which he [our minister of peace] was authorized to propose, and finally, under wholly unjustifiable pretexts, involved the two countries in war, by invading the territory of the State of Texas, striking the first blow, and shedding the blood of our citizens on our own soil.” And whereas this House is desirous to obtain a full knowledge of all the facts which go to establish whether the particular spot on which the blood of our citizens was so shed was or was not at that time our own soil: Therefore, Resolved By the House of Representatives, That the President of the United States be respectfully requested to inform this House —

1st. Whether the spot on which the blood of our citizens was shed, as in his messages declared, was or was not within the territory of Spain, at least after the treaty of 1819, until the Mexican revolution.

2d. Whether that spot is or is not within the territory which was wrested from Spain by the revolutionary Government of Mexico.

3d. Whether that spot is or is not within a settlement of people, which settlement has existed ever since long before the Texas revolution, and until its inhabitants fled before the approach of the United States army.

4th. Whether that settlement is or is not isolated from any and all other settlements by the Gulf and the Rio Grande on the south and west, and by wide uninhabited regions on the north and east.

5th. Whether the people of that settlement, or a majority of them, or any of them, have ever submitted themselves to the government or laws of Texas or the United States, by consent or compulsion, either by accepting office, or voting at elections, or paying tax, or serving on juries, or having process served upon them, or in any other way.

6th. Whether the people of that settlement did or did not flee from the approach of the United States army, leaving unprotected their homes and their growing crops, before the blood was shed, as in the messages stated; and whether the first blood, so shed, was or was not shed within the enclosure of one of the people who had thus fled from it.

7th. Whether our citizens, whose blood was shed, as in his message declared, were or were not, at that time, armed officers and soldiers, sent into that settlement by the military order of the President, through the Secretary of War.

8th. Whether the military force of the United States was or was not sent into that settlement after General Taylor had more than once intimated to the War Department that, in his opinion, no such movement was necessary to the defence or protection of Texas.”

“…we as Americans must confront that we are the market. There is no other market for these activities. It is all coming here. But for us, Mexico wouldn’t have the trans-criminal organized crime problem and the violence that they’re suffering.”

It can be very difficult to live in the shadow of a great power like the United States. Ultimately, Americans must come to terms with the fact that we unjustly invaded Mexico and took half of its territory. We must also admit that the violence and instability in Mexico today is nearly 100% fueled by US narcotics consumption and lax gun laws (for more on this, see my article in Small Wars Journal).